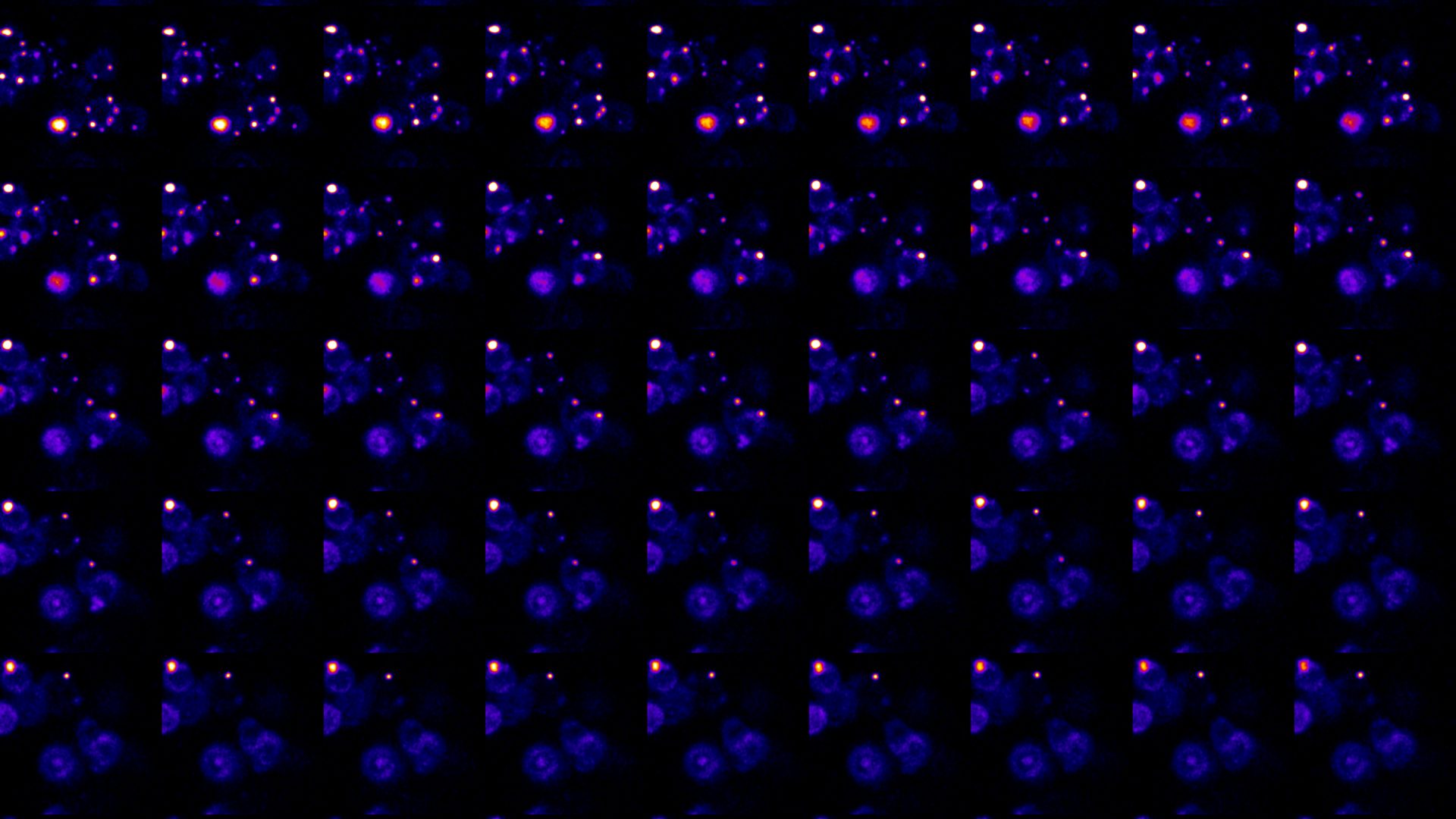 Biomolecular condensates are membraneless organelles involved in the dynamic compartmentalisation of cells. If condensates rich in repressed RNAs and regulatory proteins have been described for more than 20 years in neuronal cells, their mode of regulation is still mysterious. By combining high-resolution imaging and functional approaches, the team of Florence Besse has discovered a signaling pathway that triggers the regulated dismantling of these condensates. This signaling allows the release of associated RNAs and their translation activation. This work was published in elife and was highlighted by INSB (Institut des Sciences Biologiques du CNRS) and via twitter.

Although the compartmentalisation of eukaryotic cells has traditionally involved membrane-bound organelles, it has recently become clear that membrane-less organelles, termed biomolecular condensates, play a key role in the spatiotemporal segregation of biomolecules. These compartments have the capacity to quickly assemble and disassemble, thus enabling dynamic and flexible cellular responses to physiological and/or environmental signals. This property is particularly important for neuronal cells, which must respond quickly and locally to different types of signals.
In order to study the dynamics of ribonucleoprotein condensates (or RNP granules) enriched in repressed RNAs and regulatory proteins, the team of Florence Besse used as an experimental model neurons found in the Drosophila brain. Using high-resolution imaging techniques, they demonstrated that Tyramine, a conserved but poorly studied neuromodulator, triggers the reversible remodeling of RNP granules. This remodeling is characterized by the decondensation granule-enriched proteins, as well as the release of their associated RNAs. Using the SunTag amplification system, which enables dynamic, spatially resolved, detection of protein synthesis sites, Nadia Formicola and colleagues discovered that this remodeling is linked to the translational activation of granule-associated mRNAs. Combining functional approaches and biochemical purifications, they further identified the molecules required downstream of Tyramine, uncovering a signaling pathway connecting with unprecedented resolution neuronal activation, RNP granule dismantling and protein synthesis.

Together, this work sheds new light on the mechanisms of dynamic regulation of gene expression in neuronal cells. By illustrating how the properties of RNP condensates can contribute to the dynamic and specific regulation of neuronal mRNAs, it also opens new perspectives on the regulation and function of these macromolecular assemblies in physiological contexts.