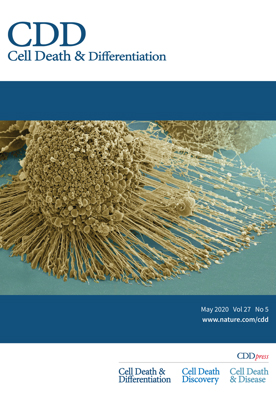 R-spondin2 (RSPO2) is a member of the R-spondin family, which are secreted activators of the WNT/β-catenin (CTNNB1) signaling pathway. In the mouse postnatal ovary, WNT/CTNNB1 signaling is active in the oocyte and in the neighboring supporting cells, the granulosa cells. Although the role of Rspo2 has been previously studied using in vitro experiments, the results are conflicting and the in vivo ovarian function of Rspo2 remains unclear. In the present study, we found that RSPO2/Rspo2 expression is restricted to the oocyte of developing follicles in both human and mouse ovaries from the beginning of the follicular growth. In mice, genetic deletion of Rspo2 does not impair oocyte growth, but instead prevents cell cycle progression of neighboring granulosa cells, thus resulting in an arrest of follicular growth. We further show this cell cycle arrest to be independent of growth promoting GDF9 signaling, but rather associated with a downregulation of WNT/CTNNB1 signaling in granulosa cells. To confirm the contribution of WNT/CTNNB1 signaling in granulosa cell proliferation, we induced cell type specific deletion of Ctnnb1 postnatally. Strikingly, follicles lacking Ctnnb1 failed to develop beyond the primary stage. These results show that RSPO2 acts in a paracrine manner to sustain granulosa cell proliferation in early developing follicles. Taken together, our data demonstrate that the activation of WNT/CTNNB1 signaling by RSPO2 is essential for oocyte-granulosa cell interactions that drive maturation of the ovarian follicles and eventually female fertility.