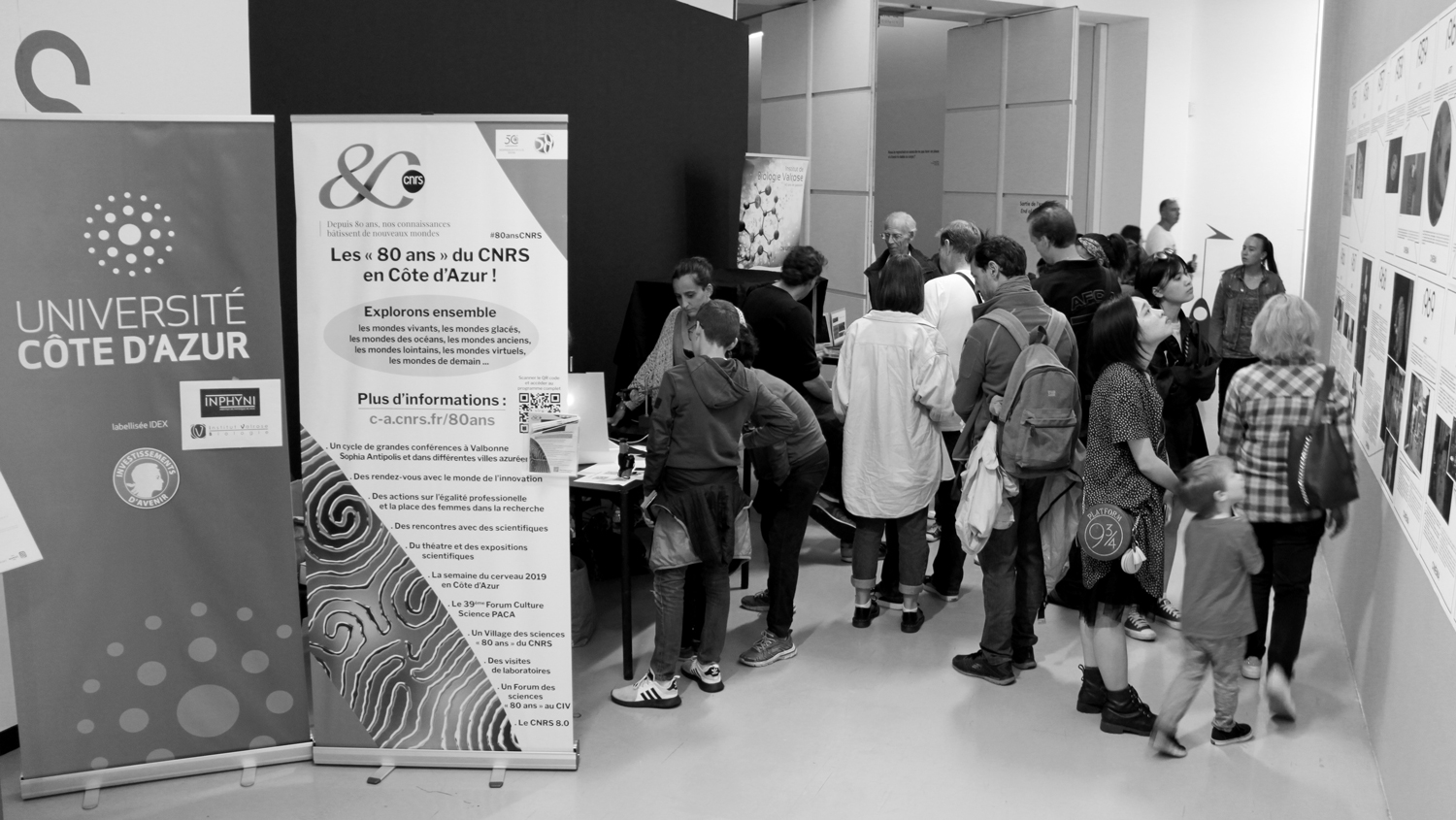 Last September 22nd, iBV researchers met the general public in the Museum of Modern and Contemporary Art (MAMAC) in Nice. This initiative took place on the occasion of the 36th edition of the European Heritage Days (“Journées Européennes du Patrimoine”) during which some historical monuments exceptionally open their doors but also many museums are free of charge.

Our researchers are regulars of the place since they had already participated in the last edition within the museum last year and which was also covered with success. (iBV at the MAMAC for the « Journées Européennes du Patrimoine »)

It is accompanied by their physicist colleagues from the Institute of Physics of Nice (INPHYNI) that Clotilde Gimond (BRAENDLE Team), Nadia Formicola (BESSE Team) and Michel Bidet have allowed the public to play with the many facets of light around the exhibition “Devil in the Flesh: When Op Art electrifies cinema” (« Le diable au corps : Quand l’Op Art électrise le cinéma »).

Thanks to the MAMAC staff and to the scientists for communicating the passion for science to the general public. 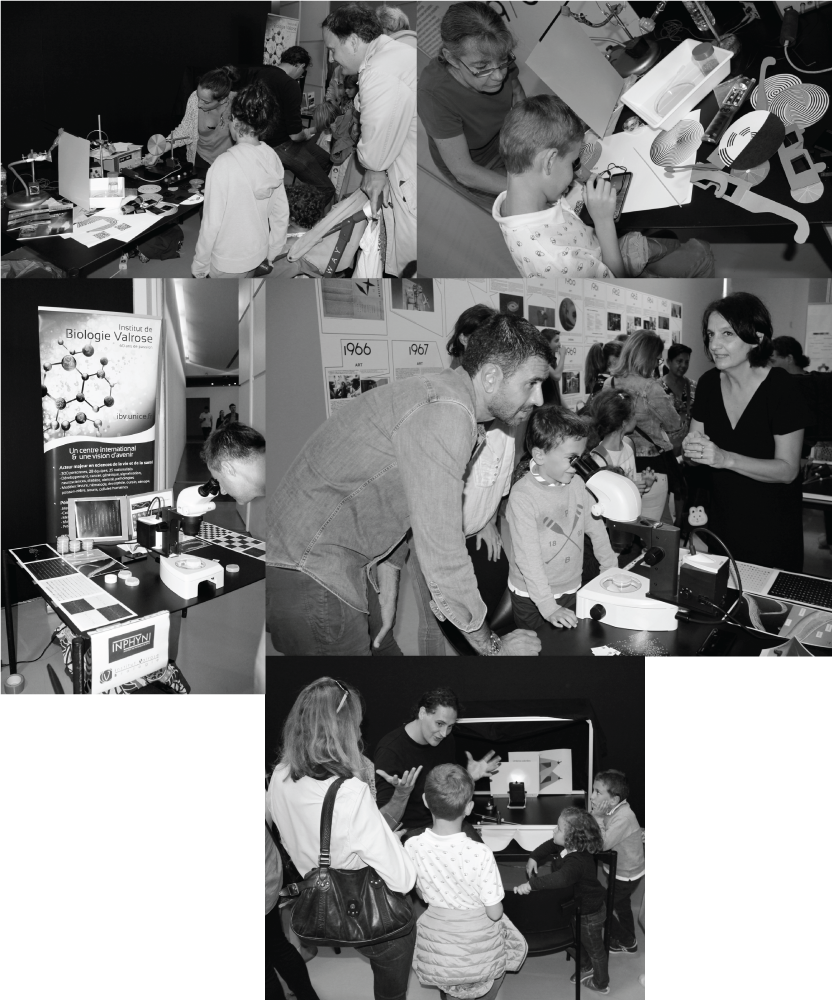