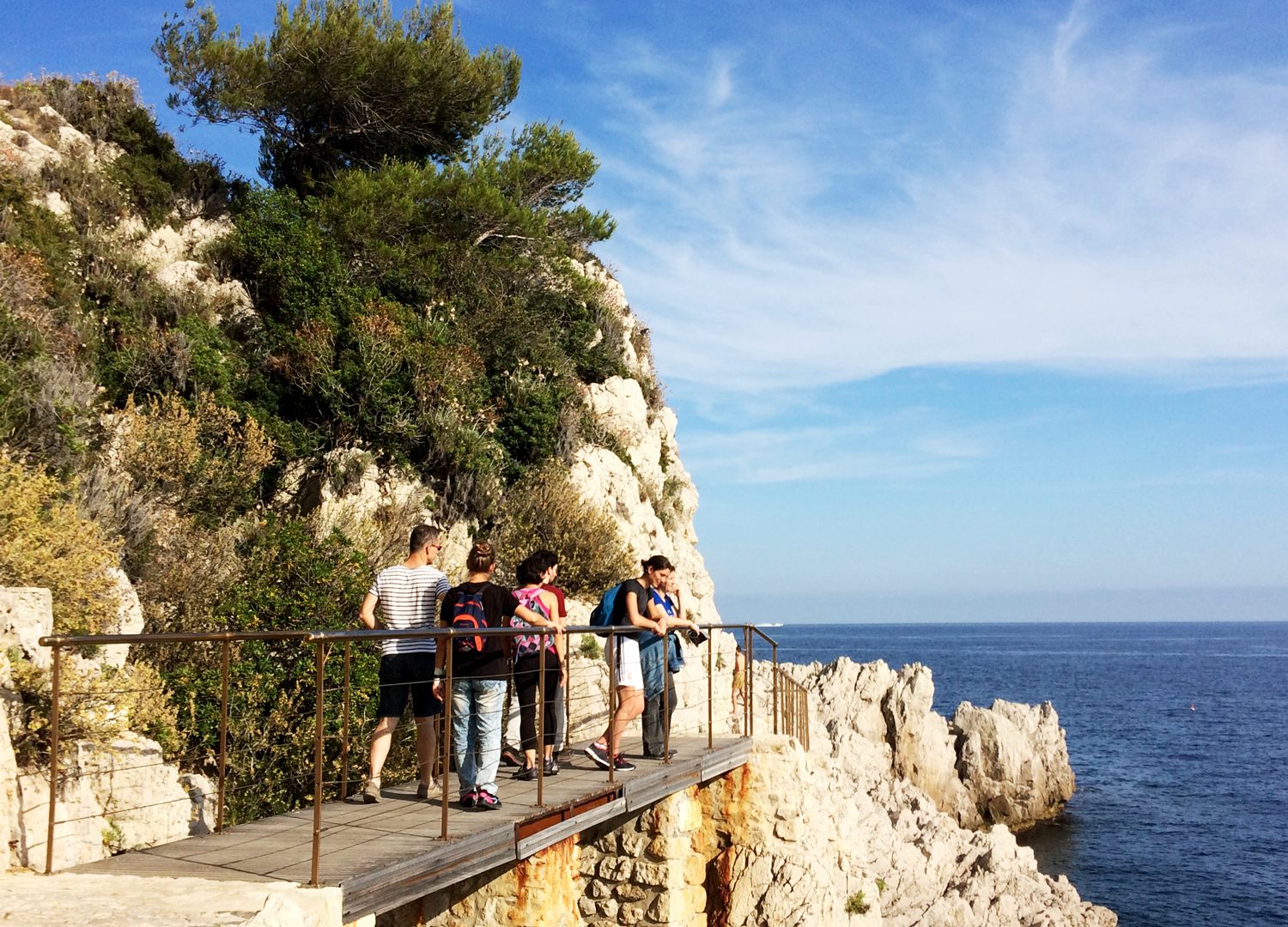 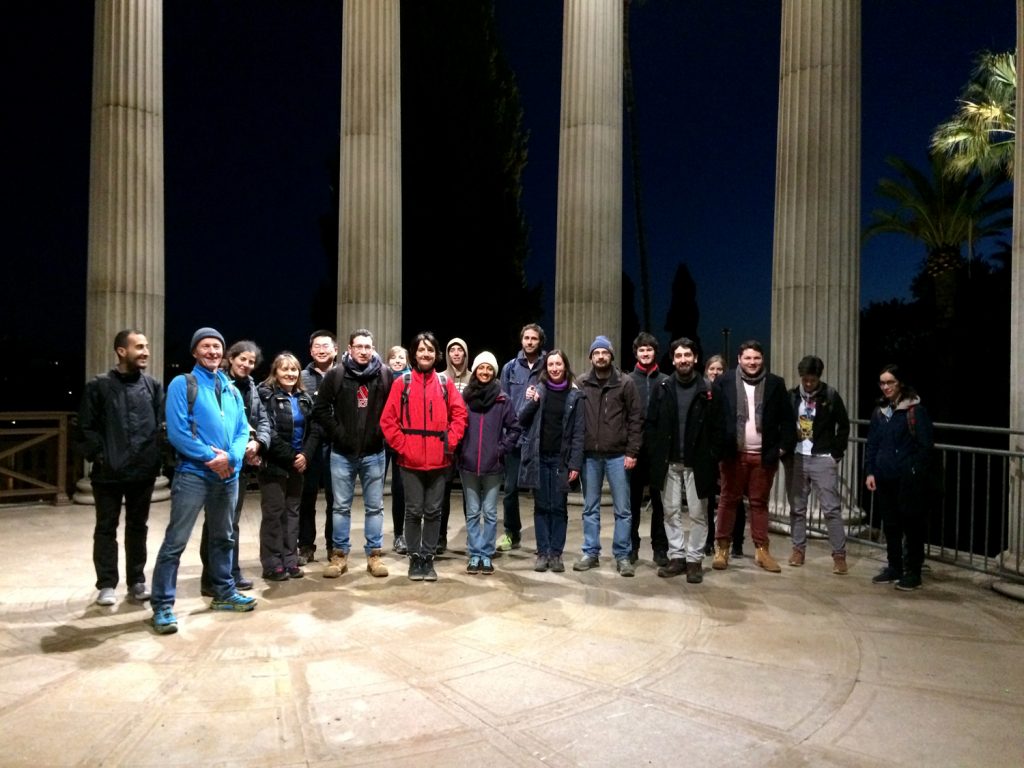 In these days of record-shattering heat, remembering the iBV night hike of last January might help cooling down the atmosphere. What is unique about Nice is its location between sea and mountains, with largely unnoticed incursions of nature trails within the city. Once again, two groups quickly formed that day, restless runners heading first, followed by a big crowd of contemplative hikers. Because the organizers always make a point of offering a true roller coaster experience, everybody had to climb typical Pessicart stairs and hidden trails towards the Cascade de Gairaut and its renowed but unlit canal, as a culmination of this first iBV night hike. Winter jackets and early sunset, leafy trails and a cold stream to cross, hot tea on the way (and hot rhum in Valrose on our way back!), it seems so exotic by now! 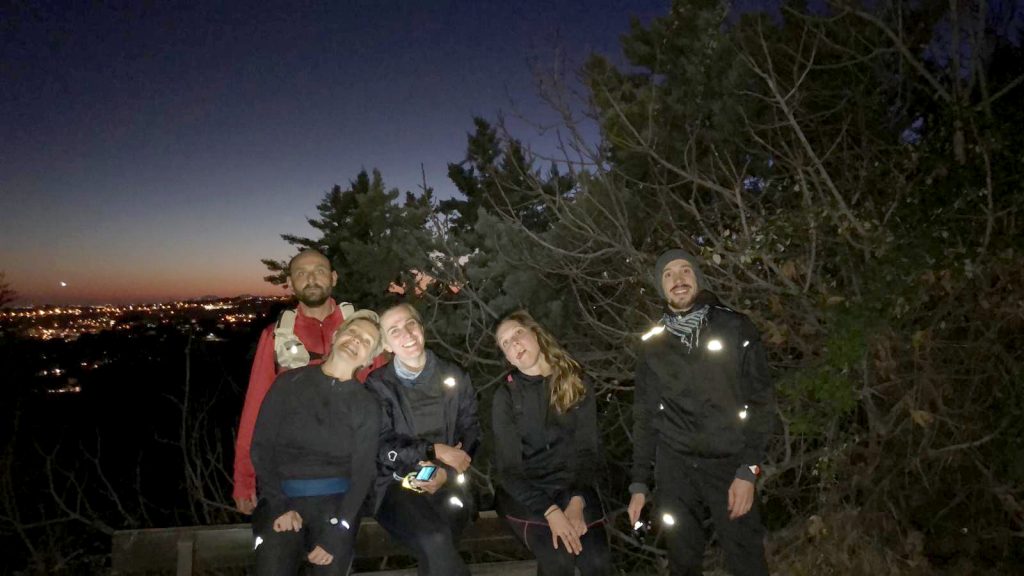 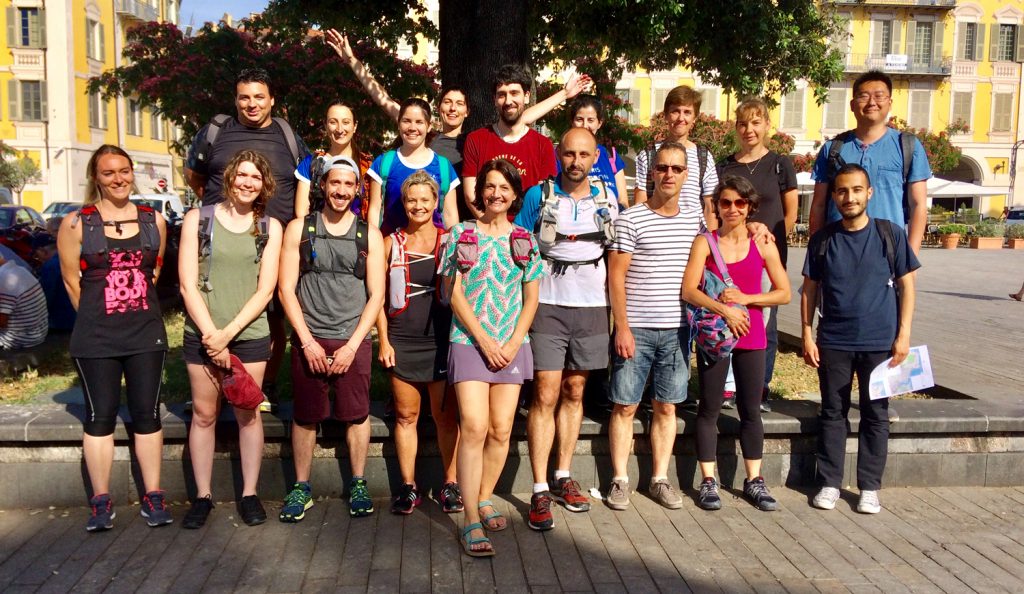 Starting from Garibaldi square, the troop headed to famous Coco Beach, its coastline trail and emerald green waters. And from there? Mandatory stairs of course – who said hellish stairs? – followed by an easy stroll on the Basse corniche and, surpriiiise, another flight of steps on the legendary « escalier de verre » leading to the Mont Boron and the fortress of Mont Alban. There is perhaps no better place to reward yourself with a breathtaking 360° panorama, Nice facing West and the bay of Villefranche, Cap Ferrat and not so distant Italy facing East. Later, runners were kind enough to have the apero and picnic ready for hikers on the Marinière beach, and the sea was kind enough to be not too cold for a well-deserved sunset swim! 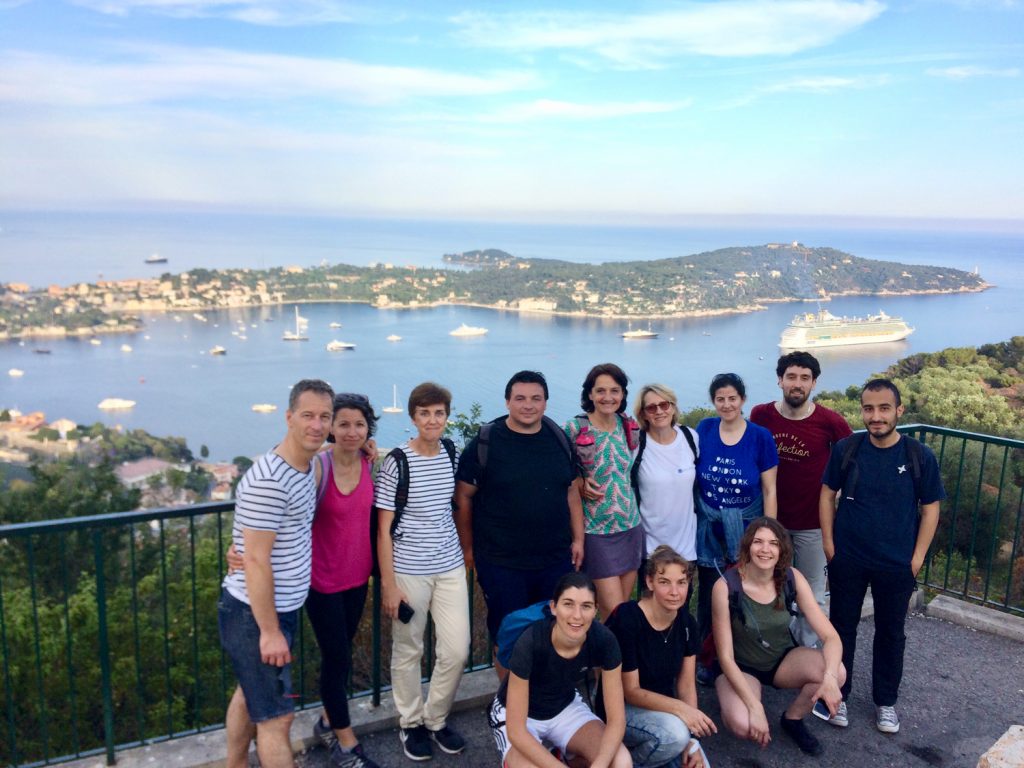 There is no bad season for going on an iBV hike!