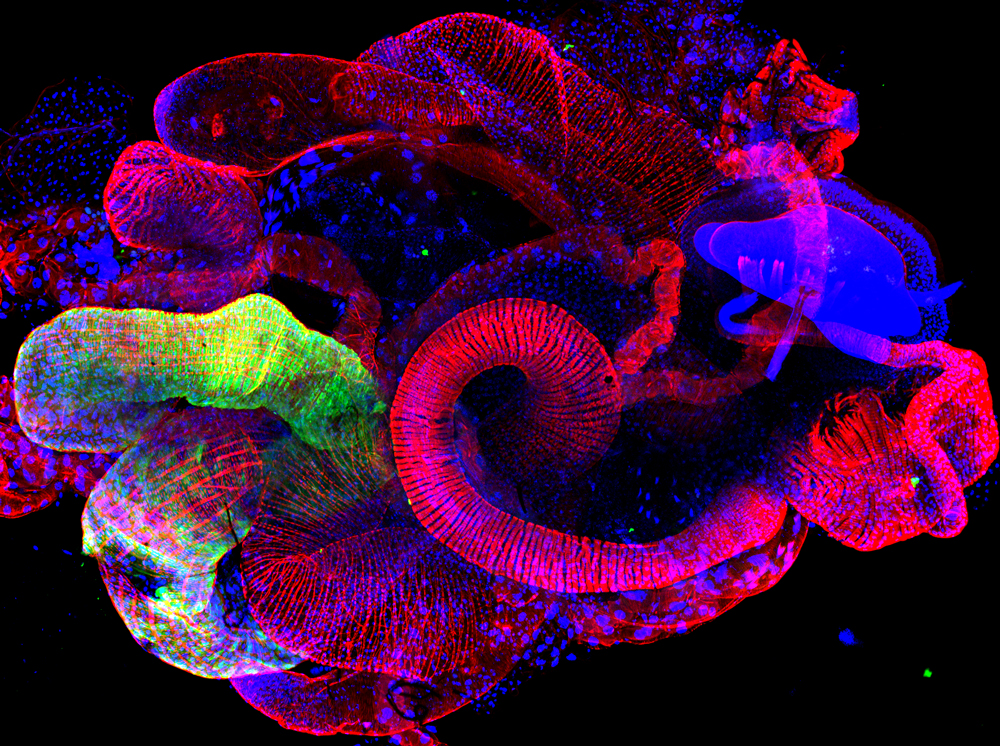 New work from Dr Bruno Hudry at Valrose Biology Institute (http://ibv.unice.fr/research-team/hudry/) and Prof Irene Miguel-Aliaga at MRC London Institute of Medical Sciences, reveals a novel mechanism by which male and female physiology is made different. The results are published in Cell.

The difference between males and females constitutes the largest phenotypic dimorphism in most species. In humans, this variation accounts for differences seen in the risk, incidence and response to treatment for a plethora of diseases. But what makes a male and what makes a female? In the latest study between the Valrose Biology Institute (iBV) and the London-based MRC London Institute of Medical Sciences, the two groups describe a new way in which sex differences in physiology arise, involving bidirectional communication between the testis and the intestine; the testis “talks” to a particular portion of the intestine to change its carbohydrate handling. In response to the testis signal, this intestinal portion secretes citrate, which signals back to sustain sperm production and food intake. This work is published in the journal Cell.

What makes a male and what makes a female? Is it just our sex organs, or is it more than that?

Since more than a century, the humble fruit fly has been used as a model organism in biomedical research and has been responsible for some of the most significant advances in the field of sex differences. In fact, it was in 1905 that Nettie Stevens discovered that in some species, on all the chromosomes that each cell contains, two of them are specifically related to the sex of the individual, the famous sex chromosomes. The idea is simple: the males have a Y chromosome and an X chromosome, while the females have two X chromosomes. It was then shown that it is under the action of some genes, carried by these sex chromosomes, that sex organs are differentiated, testes for XY individuals and ovaries in XX individuals. These organs can then produce hormones. In men, the most famous is testosterone. Among the dominant hormones in women are oestrogen and progesterone. These hormones can act on all the organs of the body and induce differences between the sexes. Consequently, there are two main mechanisms that can induce differences between males and females: 1) the action of genes carried by the sex chromosomes or 2) the action of hormones secreted by the sex organs.

Historically there has been a clear distinction between flies and humans. Everything that has been described as sexually dimorphic – all the differences between a male and female of the same species beyond the sexual organs – in a human was thought to be due to hormones, whereas in flies it was due to sex chromosomes. However, the latest research from the Cellular sex and physiology group here at the iBV and the Gut Signalling and Metabolism group at the MRC LMS in London blurs that distinction somewhat.

The groups led by Dr. Bruno Hudry (iBV; http://ibv.unice.fr/research-team/hudry/) and Prof Irene Miguel-Aliaga (MRC London Institute of Medical Sciences) are interested in the differences between males and females. Previously, these groups have shown that the stem cells in the gut were different between males and females [1]. Female stem cells divided more, which affected the gut’s ability to grow and the probability of developing tumours. During the course of these experiments, the two teams also noticed that genes with potential roles in carbohydrate metabolism were much more active in male intestines. In his latest research, Dr. Bruno Hudry wanted to work out why.

Research published on 8 August in Cell has uncovered how the testes talk to the gut to obtain a molecule they need to maintain sperm production. This latest report shows how the testes communicate to a portion of the gut and makes it ‘male’. The ‘masculinised’ gut portion has increased expression of genes associated with carbohydrate metabolism, which allows it to produce higher amounts of a molecule called citrate; a product of sugar metabolism. The gut portion hears the request of the testes, makes more citrate and sends it straight back to the testes. These findings are particularly exciting when you know that the male prostate also makes a lot of citrate that could be very important for sperm maturation.

This latest research has shown that the mechanism involved is very different from the one that made the stem cells ‘male’ or ‘female’. While the stem cells have a sexual identity of their own, this report shows that the digestive cells in the same organ can acquire their sexual identity through signals produced by the adjacent sex organs. This goes to show that it is not just the sex chromosomes that are intrinsically controlling sex differences in flies; cell extrinsic signals can also do it. 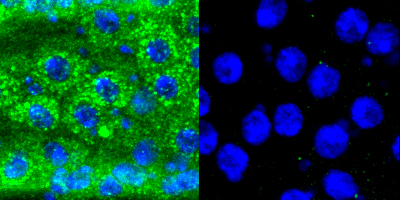