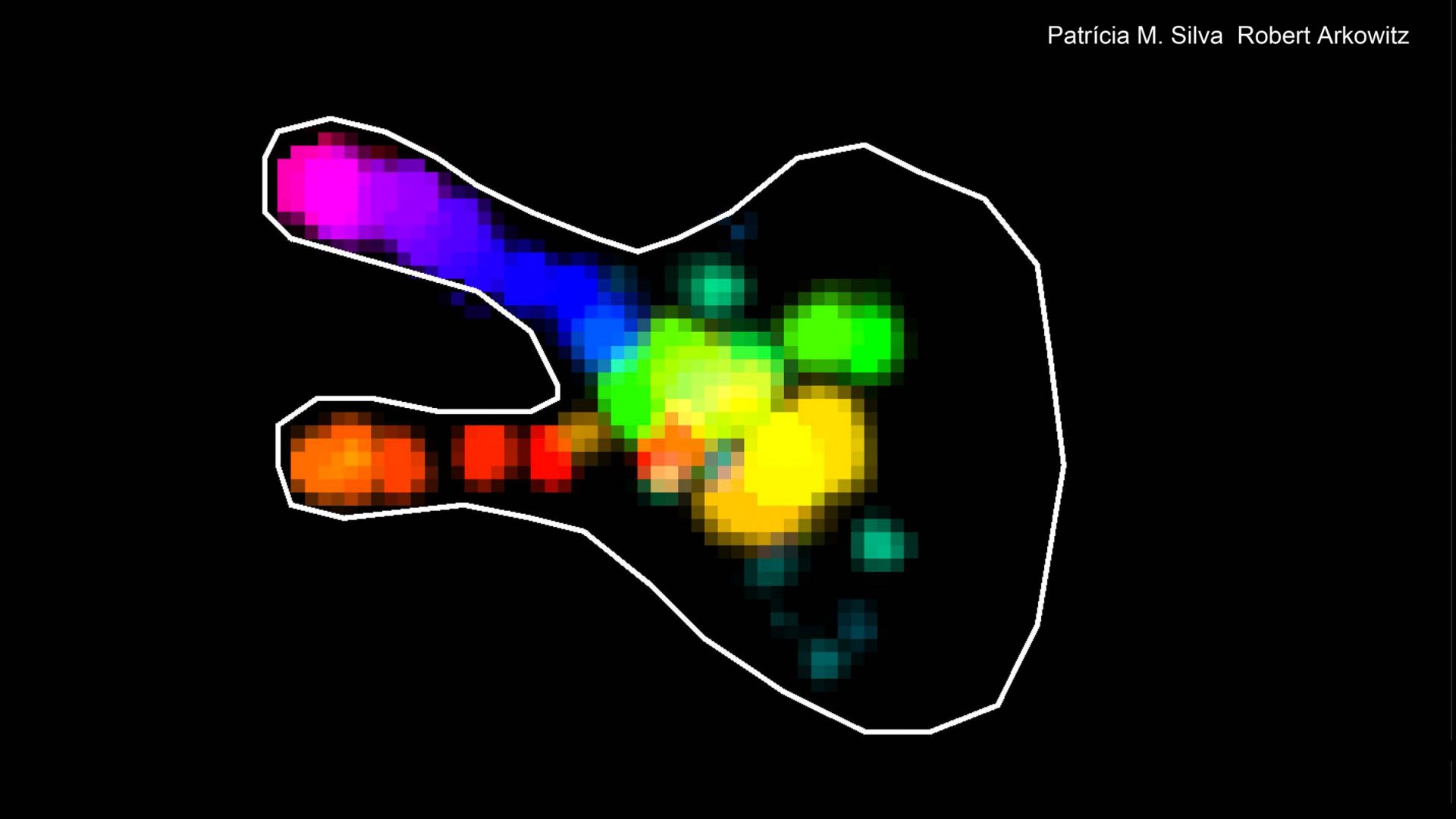 A loss of cell polarity is frequently observed in advanced tumors, correlated with their invasion and metastasis. However, little is known about how a new polarity site is established in an already asymmetric cell – a critical process in a dynamic, ever-changing environment. Researchers from the Polarized growth in yeast group have taken advantage of an optogenetic approach, in which light is used to precisely control the location of the highly conserved GTPase Cdc42, to reset cell polarity in an asymmetric filamentous fungal cell. A transient increase in plasma membrane active Cdc42 disrupts membrane traffic and results in a striking de novo secretory vesicle cluster, in the absence of directional growth. This work was recently published in the journal Cell Reports.

All cells have a defined shape, which is highly adapted to their environment and function. For example neurons, which carry messages from the brain to the spinal cord are long, thin cells whereas red blood cells are small, flat discs, which can easily fit through narrow capillaries. In order to generate diverse shaped cells, different cellular components, including the cytoskeleton and organelles, need to be unequally or asymmetrically distributed. This asymmetric distribution of cellular components is referred to as cell polarity and a range of cell types become polarized in response to environmental cues. While studies in a number of organisms have shed light on symmetry breaking, that is how a symmetric cell becomes asymmetric, little is known about how an already asymmetric cell establishes a new axis of polarity, a process particularly relevant to cells in an ever changing environment. To address this question, the researchers in the Polarized growth in yeast group have been studying, for a number of years, a dramatic change in cell polarity in the human fungal pathogen, Candida albicans. This fungus can grow by budding, similar to the bakers yeast Saccharomyces cerevisiae, but can also respond to a range of cues from its environment and form filamentous chains of cells that are highly polarized and can adhere, as well as, penetrate host tissues.

The group has taken advantage of plant proteins, which are light sensitive to tightly control the localization of a key polarity protein, the highly conserved GTPase Cdc42. The researchers have demonstrated using light to target an activated version of Cdc42 to the plasma membrane is sufficient to reset polarity in an asymmetric, elongated cell. That is, this highly polarized cell, that initially had a front and back, had its asymmetric distribution of cellular components effectively erased. The researchers show that resetting polarity in such cells disrupts the traffic of new material to a specific site. Delivery of new material occurs via the secretory pathway by vesicles that carry a range of enzymes necessary for cell growth. While membrane traffic was disrupted, a cluster of secretory vesicles nonetheless formed upon recruitment of active Cdc42 to the plasma membrane. This cluster of vesicles was highly dynamic, moving by hops and jumps along the cell cortex until it finally settled down to a location where new growth emerged. The researchers used live cell microscopy to follow the hoping and jumping of the vesicle cluster along with mathematical modeling to demonstrate that the movement was not random. Remarkably, even in the absence of cell growth, a cluster of vesicles can form that is highly dynamic, indicating that this accumulation of vesicles, normally observed in the cell tip (referred to as a Spitzenkörper) is not simply a build up during growth.