Skip to content
Home
/
News
/
NR2F1, a key factor involved in structural and functional development of the neocortex 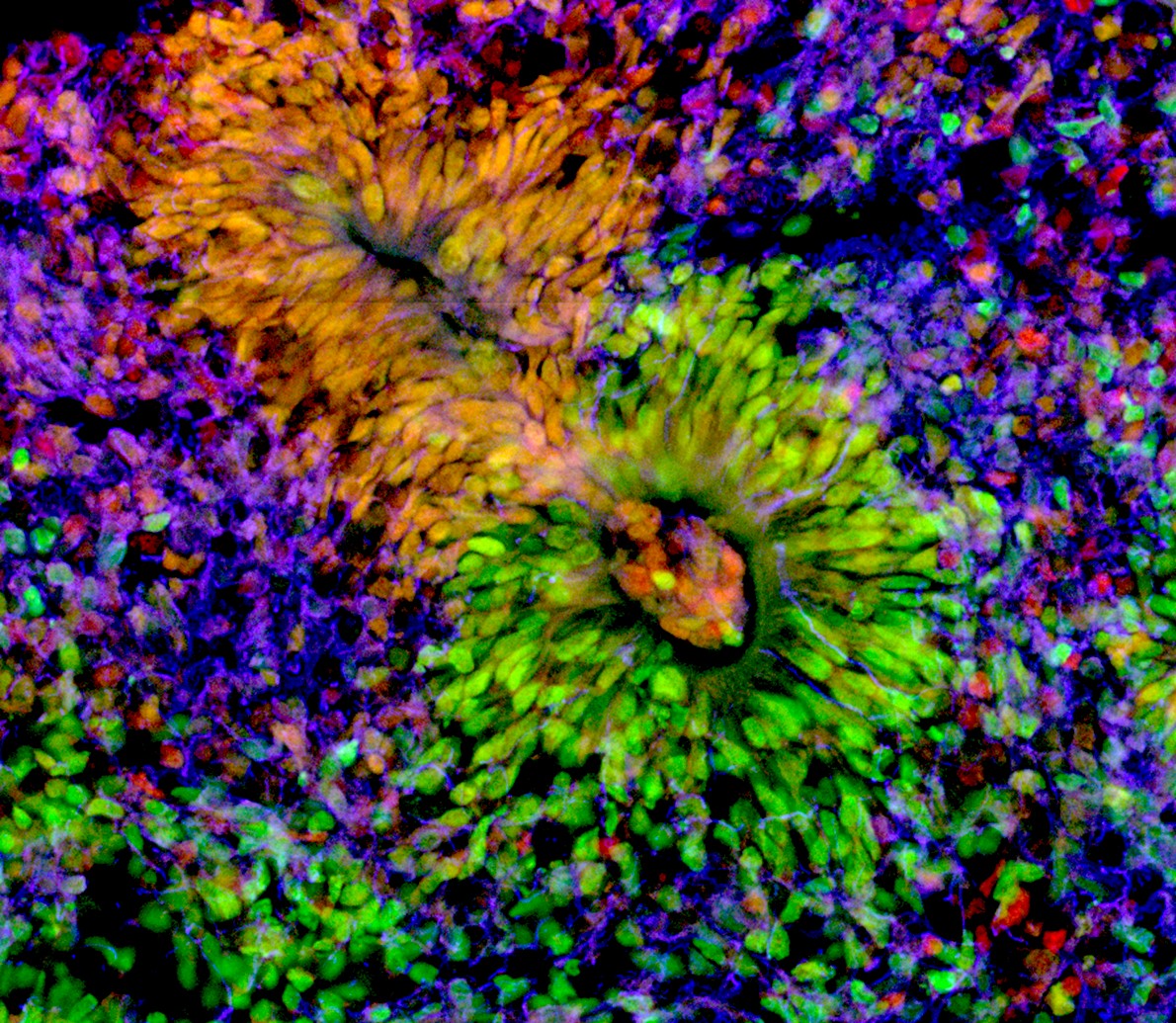 NR2F1, also known as COUP-TFI, is a key factor involved in brain development especially in the organization of the neocortex. In humans, deletion or missense mutations in NR2F1 gene cause the Bosch-Boonstra-Schaaf Optic Atrophy Syndrome (BBSOAS), a rare genetic disorder – around a hundred children have been described to date worldwide – characterized by moderate to severe intellectual impairment associated with optic atrophy. Due to its rarity, very little information on the origin of this disease is available to date, and the causes of cognitive and language impairments in BBSOAS children were still unknown.

In a recent publication in EMBO Journal, the team of Michèle Studer, in collaboration with several French clinicians and neuroradiologists in Milan, Italy, has revealed a new cerebral defect associated with this syndrome. Magnetic resonance imaging (MRI) scans performed on the brain of newly identified BBSOAS patients led to an unexpected result: a previously unidentified malformation of neocortical convolutions, in a region devoted to language, reasoning and numerical analysis.

Taking advantage of a double experimental approach – on the one hand a mutant mouse model reproducing the BBSOA syndrome, on the other hand the in vitro generation of brain organoids – researchers from the team succeeded in deciphering the cellular and molecular mechanisms at the origin of this cortical malformations, which could be in part responsible for the language disorders and intellectual disability observed in BBSOAS children. In the mouse model, Michele Bertacchi found that Nr2f1 acts as a clock by finely regulating the proliferation of neuronal progenitors in terms of where, when and how many neurons, progenitors should produce in each cortical area.

To investigate whether this molecular mechanism was evolutionarily conserved in humans, Michele also developed the in vitro culture of human brain organoids, previously learned in Dr Silvia Cappello’s lab in Munich, Germany. By modulating NR2F1 expression in organoids, the team reproduced results compatible with those obtained in the mouse model: NR2F1 finely regulates the proliferation of progenitors and the correct number of neurons to be produced in time and space.

BBSOAS young patients are also affected by epilepsy and motor disorders, such as defective execution of fine motor behaviors and autistic-like repetitive movements. These symptoms could suggest impaired neuronal maturation, activity and wiring of specific neuronal populations and circuits, in particular, the subcerebral projection neurons located in layer V of the neocortex. This prompted the team to further investigate layer V neuron functional development in the mouse model.

Chiara Tocco, PhD student in Michèle Studer’s team and first author of this project, found that Nr2f1 expression in layer V shapes the maturation of dendrites, the neuronal branches responsible for receiving and integrating signals coming from adjacent neurons. Consistently, in collaboration with electrophysiology experts in Bordeaux, the team discovered that Nr2f1-deficient neurons display aberrant electric activity, such as reduced membrane resistance, altered synchronicity of action potential firing and mis-expression of distinct ion channels. These results, recently published in the international journal Cerebral Cortex, suggest that Nr2f1-dependent neocortical maturation is key for the establishment of cortical network activity.

These two distinct studies represent a first step to understand the genetic mechanisms that regulate on one side the production of neurons in time and space, and on the other side their maturation to reach a fully functional state, leading to correct neuronal organization and activity in the brain. Large-scale cortical malformations or more subtle changes at the level of electrophysiological activity upon loss of NR2F1 could be at the origin of cognitive, language and motor disorders diagnosed in young patients.

The neocortex is the largest part of the cortex and corresponds to the “gray matter”, the outer layer of cerebral hemispheres, which contains the neurons. The neocortex is the most advanced part of the human brain as well as the structure that connects us to the external environment, coordinates our movements, generates language and formulates abstract thoughts.

Organoids are small three-dimensional structures derived from induced pluripotent stem cells (iPS). These structures are self-organizing by partially reproducing the architecture of an organ. Human brain organoids reconstitute and mimic the organization of the human brain in vitro. They develop various discrete though interdependent brain regions. These include cerebral cortex containing progenitor populations that organize and produce mature cortical neuron subtypes. For Review on Brain organoid.