Skip to content
Home
/
News
/
iBV is very proud to announce the launch of ExAdEx-Innov, a new start-up led by Vincent DANI, post-doc at iBV since 2019 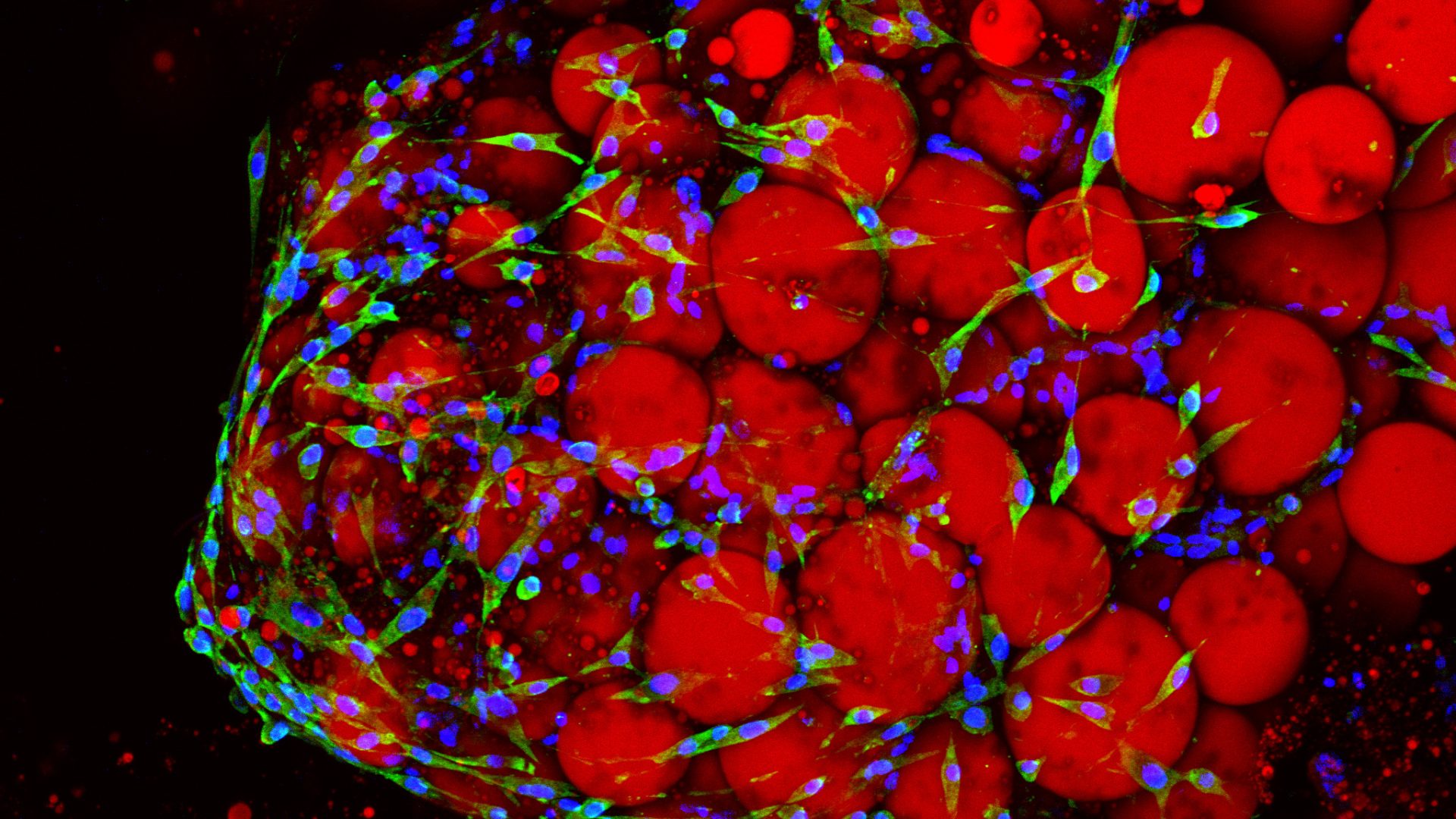 Obesity is characterized by an accumulation of white adipose tissue and a loss of beige adipose tissue (BAT), the latter one being the good adipose tissue that burns fat and consumes sugars. To restore the BAT mass in obese patients could counteract obesity-driven metabolic disorders. 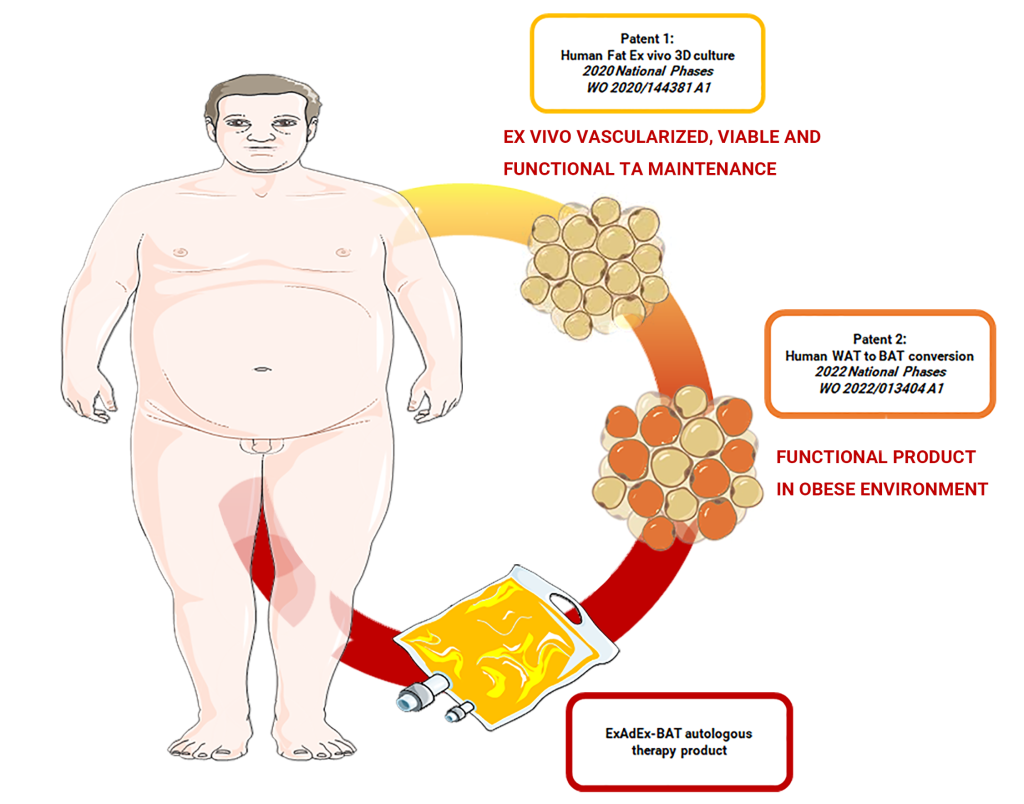 ExAdEx-Innov is a biotechnology company, labeled DeepTech by BPI France, which has developed a breakthrough process to unlock the barrier of the ex vivo culture of viable and functional human adipose tissue. This technology allows the ex vivo conversion of white adipose tissue into functional and vascularized beige adipose tissue (BAT), in a process adapted to clinical applications. Transplantation in mice of the ExAdEx-BAT developed by the company revealed that the product was viable, revascularized and displayed a BAT signature 3 weeks after grafting. This technology is the subject of 2 international patents and a unique know-how resulting from more than 30 years of experience in stem cells and adipose tissues. 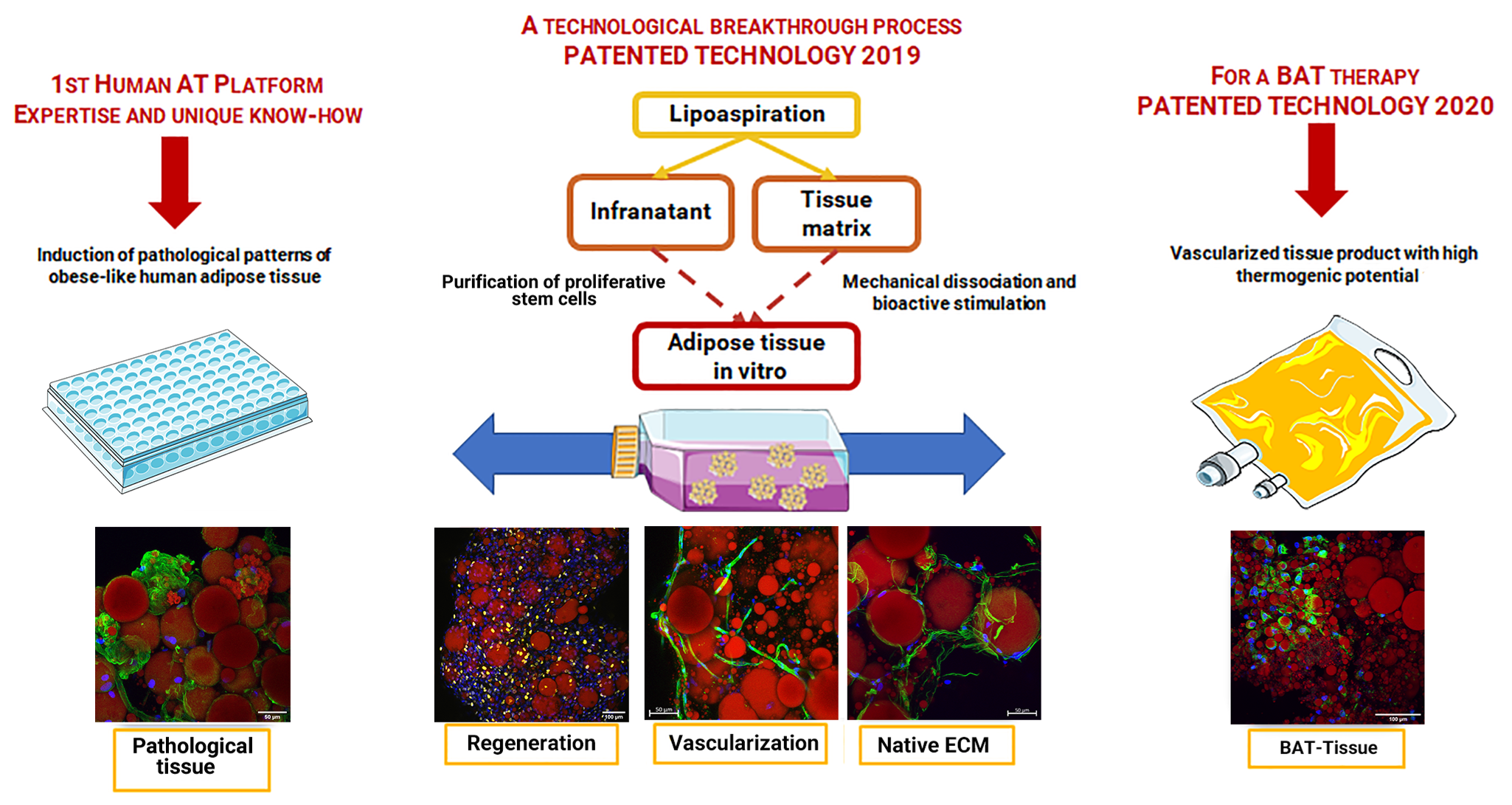 Fig 2 – ExAdEx process for ex vivo culture of human adipose tissue and applications in both in vitro and clinical purpose.

Vincent: “The value of BAT transplantation to counteract metabolic diseases associated with obesity was established several years ago in mice. However, its application in humans is blocked by the absence of an abundant and clinically relevant source of BAT in humans, and by a technological lock which is the maintenance of human adipose tissue in culture, a necessary step for the conversion of white adipose tissue into BAT. With the ExAdEx technology, transplantation of BAT in humans can be seriously considered”.

The ExAdEx process, developed in 2018 within the iBV (team C. Dani) thanks to a maturation program of the SATT Sud Est to support the “Stem Cells and Differentiation” team in collaboration with the Nice University Hospital and the Cell and Gene Therapy Unit (UTCG, A. Doglio), is now starting the first exploratory trials in the Digestive Surgery Department of the Nice University Hospital. The project received additional supports of the Start Up DeepTech program and the Young Entrepreneur Program of the UCA IDEX and Labex Signalife, then from the CNRS-Innovation for preclinical trials in animals. The academic team has also developed the first RD platform of human adipose tissue, allowing the realization of in vitro pre-clinical tests on physiological and pathological tissue models. The models derived from this platform are currently marketed by ExAdEx-Innov in the cosmetics sector and are the subject of a commercial collaboration with the CRO DIVA-Expertise (Toulouse), leader on the national market.

ExAdEx-Innov is currently preparing a fundraiser from private investors to accelerate its development with the support of the PACA-Est incubator and the HealthTech MNCA-Eurobiomed accelerator.

Vincent: “ExAdEx is a real opportunity to bring a new therapeutic tool to meet the medical need in patients with massive obesity in therapeutic failure. The integration in the iBV Bio-Incubator will allow ExAdEx-Innov to continue to growth up in a scientific environment of excellence”. 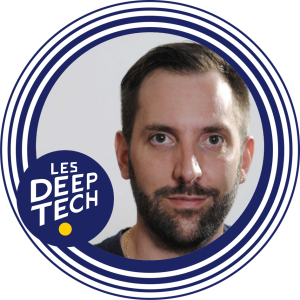