Skip to content
Home
/
News
/
Election to the Academy of Sciences of Pierre Léopold, former team leader at iBV 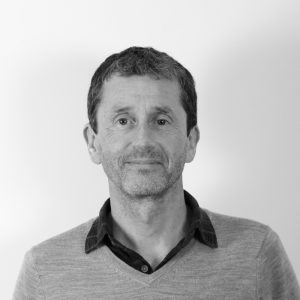 The iBV is very happy to congratulate Pierre Léopold on his election to the Academy of Sciences which took place on December 19, 2019 (press release). Pierre Léopold is a former team leader at the Institut de Biologie Valrose (1998-2018) and currently Director of the Genetics and Development Biology unit at the Institut Curie (since January 1, 2019).

Pierre Léopold’s team is interested in the mechanisms controlling tissue and organismal growth  using Drosophila as a genetic model. His team is studying the relationships between the growth program and the nutritional environment, and the way the different parts of the body communicate with each other to maintain species-specific dimensions and proportions. This research has defined various and novel ways of organ communication through signaling molecules and hormones.

This work, now recognized by the French Academy of Sciences, was performed while Pierre Léopold was group leader at the iBV. Pierre Léopold shares a long history with the University of Nice (now University Côte d’Azur) since he started his PhD at the Center of Biochemistry, and established his research team (former ATIP) in this same institute, which became the Institut de Biologie Valrose. During this period, his work was recognized internationally through several distinctions, in particular 2 ERC Advanced grants, election as EMBO member, Grand Prix Inserm, Grand prix FRM, etc.

Some words from Pierre on his time at iBV: “The work rewarded today by the Academy is that of a formidable team that has accompanied me for the past twenty years, with the support of the University of Nice / UCA. I am very grateful to Jacques Pouysségur who offered to set up my young team at ISBDC and Stéphane Noselli who stimulated its development through his vision at the head of the iBV. I have a special thought for Pascal Thérond, laboratory partner with whom I have crossed this short period of twenty years without cloud. A collective thank you to all the iBV members past and present who made this experience so human.”

Congratulations Pierre and thank you for all these years spent at iBV!