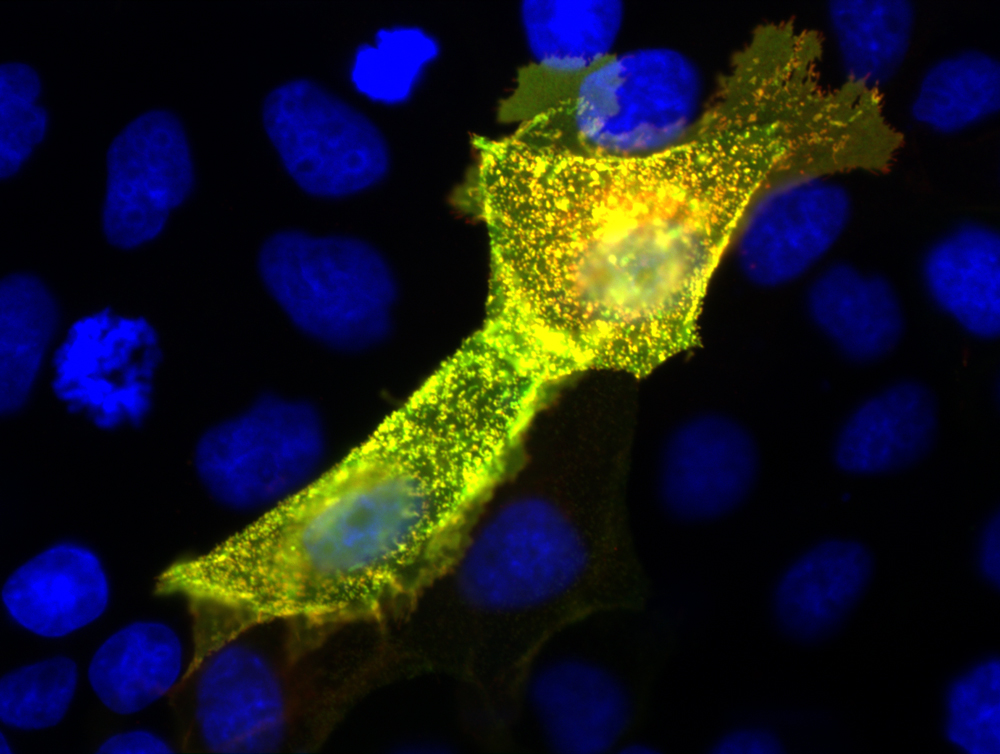 The annual PhD prize was awarded to Pablo AVALOS PRADO by The Council of the Doctoral School at his autumn meeting.

During his PhD done in Guillaume Sandoz‘s lab at iBV, Pablo shifted our perception of ion channel protein complexes and classification. He established that the well-known beta subunit KCNE1 until now exclusively associated with cardiac voltage-gated potassium channels can serve in addition, as an auxiliary subunit of chloride channels. This came indeed as a big surprise challenging the current dogma related to the specificity of the beta subunit regarding the channel family, as these two superfamilies of ion channels are phylogenetically totally unrelated. To make the story even more important, Pablo also found that clinically relevant inherited KCNE1 polymorphisms, related to cardiac arrhythmia, abolished the ability of KCNE1 to modulate the chloride channel current properties, suggesting a link of this complex with human diseases.
Pablo’s work was published in Cell.

Thanks to Pablo and the Sandoz’s lab, research at iBV is once again honored since it is the fourth time that a PhD student of iBV obtains the thesis prize of the Ecole Doctorale des Sciences de la vie.

Indeed, since its creation the thesis prize was respectively awarded to Pauline SPEDER in 2006/2007, to Thomas JUAN  in 2017, and finally to Jeshlee Cyril VIJAYAKUMAR  in 2018.

Congratulations to Pablo and good luck with his future research !